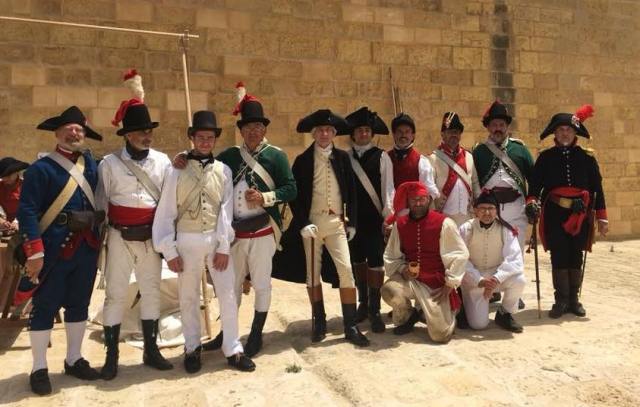 Members of HRGM depicting regular and irregular soldiers towards the end of the Order of St. John in Malta

On Saturday 19th May HRGM took part at the first multi-period event held in Gozo and which was organised by the Ministry for Gozo. Six re-enactment societies took part and represented a time-span ranging from Medieval to WW2.

The home of the Historical Re-enactment Group of Malta.
View all posts by HRGM →
This entry was posted in Events and tagged gozo. Bookmark the permalink.

This site uses Akismet to reduce spam. Learn how your comment data is processed.